The Cause of RA – An Update

The Cause of RA – An Update

In today’s blog post I want to share with you some great information that I’ve been compiling recently in a collaboration with an Australian-based autoimmunity expert.

It’s about a deeper understanding of the underlying cause of RA.

Here’s a recap of what I have learned from recent scientific literature, recent ‘gut health’ book publications and what I observe through the people I have helped with RA (which now number in the several thousand):

Firstly, we know that when people with RA stop eating (e.g. water fast or extended green juicing cleanse) the pain in 90% of sufferers reduces to almost zero within 4 days.

For the other 10% who don’t feel dramatically better within 4 days on a fast/cleanse my belief is that pathogenic bacteria is still leaking into the bloodstream triggering the immune reaction, even in the absence of food particles. I think it is this pathogenic bacterial presence in the bloodstream that also contributes to the little bit of residual joint attack that remains in the 90% category even after 4 days of water fast.

Also in the equation is that we know eventually, with extraordinary effort, it is possible for some folks to use natural methods to achieve zero inflammation (myself as an obvious reference, with other PP clients also with tremendous stories of recoveries).

So then, it seems to me that the body only really has a self-attacking mechanism whilst there is a simultaneous presence in the blood of foreign bodies (bacteria/proteins) and yet when that source is removed the body actually has no permanent self-destructive mechanism. I believe that at the original point of disease onset (molecular mimicry beginning) the body becomes extremely sensitive (a ‘heightened awareness’) to the invading foreign particles. Once those particles stop entering the blood, and are therefore undetected by the immune system, the disease is no longer active. However, because of the extreme heightened awareness of the immune system to these particles it can take years to ‘heal and seal’ the gut wall so perfectly to prevent invaders completely and, therefore, be totally pain free. For the average person with RA, following standard medical treatments, their leaky gut will remain for their lifetime so their symptoms will be perpetuated indefinitely via the influx of foreign bodies making the disease ‘incurable’ from their doctors perspective.

I ran this past one of the most impressive autoimmune experts in the country.

Here are the additional comments from a leading immunology expert:

“Clint, that is a fantastic summary of what is going on. You are completely right with the statement; whilst there is a simultaneous presence in the blood of foreign bodies

Probably the other thing that you could add to this is that the immune system takes its programming from the bacteria within the gut. Therefore, in the person with RA who has the pathogenic bacterial overgrowth, which is also known as dysbiosis, and the bacteria leaking into the blood stream, which is known as leaky gut – majorly affects the programming of the immune system which is why things go haywire in the first place (in a genetically predisposed individual).

How this work is that not only does the leaky gut and dysbiosis expose the immune system to foreign and pathogenic molecules, but programs the immune cells incorrectly. Hence the autoimmunity. However, when you heal the gut and correct the status of gut bacteria the immune system receives better programming and is able to produce a more balanced and controlled inflammatory response so it stops attacking itself.

The only other thing that can add complexity to this situation as well is during the presence of the dysbiosis, it causes inflammation in the gut which influences the systemic inflammatory status, but also decreases digestive secretions such as pancreatic enzymes. This is a problem because we rely on those enzymes to breakdown the proteins in our foods. In turn, what happens is food molecules are not successfully broken down, these partially digested proteins are then allowed to translocate across the gut membrane because the leaky gut / hyperpermeability of the gut mucosa. These partially digested proteins then trigger an inflammatory response because the immune system doesn’t recognised them (as normally they would be broken down properly) and they are somewhere they shouldn’t be, the leaky gut allows them into systemic circulation. So naturally the body raises the alarm bell, which is an immune and inflammatory attack.

This is important because this means that when you correct the gut health by correct the gut bacteria, healing the leaky gut and therefore decreasing the gut inflammation – people can start to tolerate foods better. Likewise, if someone is eating the wrong foods, it will trigger the inflammation and affect the leaky gut and this inflammation will mean they stop digesting foods properly and are more likely to react to other foods – initiating a self-perpetuating cycle.

I have just tied this into your summary points and added number 3, the digestive secretions. Essentially I think you had it all correct bar this small detail.

So in short, the immune system stops attacking itself because new management of the immune system comes into power once you have healed the gut, replaced the pathogenic bacteria with normal healthy bacteria, and fixed the digestion and diet. This new management recognised the error in the ways and stops attacking self and is able to successfully resolve the underlying infection which triggered the molecular mimicry in the first place.

Now that is all in theory but getting a dynamic living human being who also has a multitude of other influential factors on their physiology such as stress, environmental toxins, other physiological imbalances etc, which may affect their immunity is where things can be a bit tricky. But addressing the major players described above, as you know, will usually at least produce a huge improvement in the disease state” – Laurence

The concept above builds further upon my ‘BLAME’ acronym you’ll be aware of from my book which is ‘Bacteria, Leaky gut, Acid levels, Mucosal Lining and Enzymes’. It’s exciting to see how this disease is becoming better understood, and to me nothing is more certain than this:

When you heal the gut, you heal the disease. Within the healing process, the most important aspect is to repopulate your good bacteria.

That doesn’t mean it’s easy to heal by any stretch of the imagination, but it’s a hell of a lot easier when you know what’s going on and what you’re trying to fix.

Fibre feeds your existing healthy microbes. I used to find that the more salad I ate, the better I felt, so I ate extreme amounts of leafy greens (‘bacteria food’) with my plant-based meals (which are also fibre rich).

An excellent tweak to the standard PP approach is to try adding more raw, fermented foods like kimchi and sauerkraut (water + cabbage + salt versions with no vinegar), in addition to the miso paste (which is already heavily used).

Upping probiotic use is also usually beneficial – my approach was lots of different probiotic supplements from different brands in between meals, especially before bed. 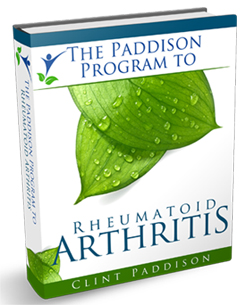